I found some footage of The Stacy Mitchhart Band that I shot this past year. He is such a showman and an awesome guitar player. 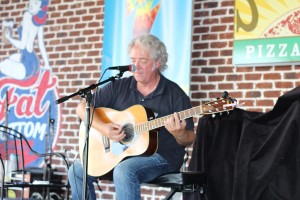 While having  dinner at Soulshine Pizza Factory, I had an extra treat listening to Dan Shafer unplugged. END_OF_DOCUMENT_TOKEN_TO_BE_REPLACED

What do Johnny Winter, Cindy Cashdollar, Rick Vito, and Jimmy Vivino have in common? They have recorded on Arlen Roth’s latest album, Slide Guitar Summit. The list goes on and on as Slide Guitar Summit reads as a “Who’s Who” revival of great musicians. Roth is no stranger to success. His last album, All Tricked Out, earned him four Grammy nominations. END_OF_DOCUMENT_TOKEN_TO_BE_REPLACED